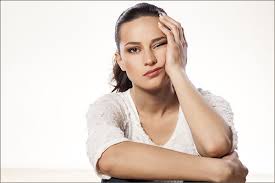 I was talking to a guy on Fetlife who is married, but whose wife doesn’t know he is on there. Basically he messaged me to ask if he could come to an event, admitted that he has a wife, and said he would lie to her about coming.

He seemed to think that people on Fetlife should have no problem with cheating, (because obviously kinky people have no morals?) I was pretty offended (obviously) by that bit. So I told him:

You should tell your wife. Kinky people are not cool with infidelity.

However, let’s set the issue of morals aside. There is something else I want to talk about.

This guy said that his wife was perfectly happy in their marriage, and that she was not kinky or curious. He said she was a virgin when they got together, and she is never bored with him. He said he just knows that she adores him. But of course, he said he was bored with her, so he needed to cheat through Fetlife “to get what he needed.” That is about the point when I could feel my blood boiling up inside of me.

But, I do know the facts.

Women struggle more with monogamy than men. There is plenty of evidence that many women are more likely to report their relationship as “happy,” but that the sex is lackluster.

Sometimes women mistake a lack of sexual excitement for “falling out of love” and then mistake sexual lust for the next person they meet as “falling in love.”

No matter how you slice it, the truth is that women are just less likely to enjoy monogamy (according to science.) Even in a recent conversation with some of my vanilla girl friends, I found that they were very open to swinging or dating outside the marriage.

To sum up, more women report being bored and not feeling sexual desire than men. That is just a fact that we know, and it means that there is a higher chance that your wife is bored than you.

In fact, if you are bored, science can almost guarantee that your wife is.

So the point is: Talk to your fucking wife/girlfriend/whatever. Don’t make assumptions about how another person feels. That is never okay.

Also, when I told Cheating SOB (this guy’s screen name) that he should just talk to his wife, he asked me what he should say.

First, recognize the fact that: I don’t know your wife! You know your wife. I bet you know better how to bring things up with her!

Do some laundry. Cook. Clean. Take her to dinner. Have sex. And after sex in the dark, ask her if she ever feels like the romance is gone, or like she’s not as attracted to you as she used to be. Let her know that it is okay to be honest.

Then, ask her how she would feel about trying new things in bed that she might be interested in. Ask if she has any fantasies. (Yes, it does have to be about her if you want it to work. Keep your own shit to yourself for awhile until you do some stuff she wants.)

If you are interested in being poly, as her if she would ever consider dating someone else. Make it clear that she would date someone else first before you, so you could both see how you felt about it. Because if it is your idea, then it should be her who tries to go on dates first and her who has sex outside the marriage first.

If and only if you are both okay with that, then you can start to date.

This way it doesn’t feel like a free-for-all or a competition, but rather, a careful and considered growth in the relationship.

So what is the key to getting your spouse to try new things in bed or to open up the relationship? Make the focus on what they want instead of being a selfish ass. I think we can infer from Cheating SOB’s screen name and the fact that he is trying to hook up with people off Fetlife that he is a self-centered narcissist. But if YOU are not a self-centered narcissist, then I think this can easily work for you.

Recently I was talking with a guy off fetlife.com, and he seemed like a pretty decent human. I agreed to meet him because I hate wasting time chatting with someone for weeks on end only to find out that they are gross in person.

(In my opinion, this is an attitude that most people in their 30’s have. It’s a huge waste of time to message back and forth like teenagers while being nervous about meeting up. I just want to look people in the eyes and see if they are cool or not first thing.)

We met in a park by my house (it’s a public place so I know I am safe, but not a place where I am obligated to buy anything because I am cheap), and that was when I realized that this guy was clueless.

I mean straight-up without a damn clue.

Not only that, but he confessed after some nervous pacing that he is married, and his wife doesn’t know that he’s even into kink.

Best part: I was supposed to just be chill with all those issues.

I didn’t even know where to begin in terms of saying “This really isn’t cool.” I knew it had to wait until he was not in the same place as me because his pacing made me think he could become violent.

So, I waited until we parted ways and then I sent him a message.

It would have been a public service for me to explain to him all the various things that he did wrong. On the other hand, I didn’t feel like getting into a long conversation about why you shouldn’t spend the first date only talking about what you want while pacing like a psycho.

In the message, I just told him that I wasn’t okay with the fact that he lies to his wife. (Which is true. If my husband lied to me I wouldn’t be happy at all.)

However, women who are kinky are also people. No really, we are people. So we aren’t really keen to hear all about your fantasies and all your selfish wants, rather than having you ask us what we are interested in.

You know what else: noobs suck. Be a decent human being and read up on the kink community first before you waste someone’s time on a date. Learn. Read. Get a clue. Don’t go out with someone from the community when you have never been to a single kink event, don’t know anything about it, and have a bunch of issues in your head about kink because you haven’t accepted yourself yet.

I bought a couch the other day off Craigslist. I went to see it, and I liked it. But I didn’t have a truck with me. So, I talked with the guy a while until I was sure I trusted him enough to leave him a down payment (so he wouldn’t sell it to someone else) while I went and got myself a way to move it.

When we talked, he told me about his wife and daughter of seven, and how his job as a pilot often took him away from them. As a military spouse, I empathized. He seemed to genuinely love his family.

A few hours later I came back to pick up the couch. I had my friend with me. She immediately recognized the guy, and then an awkward silence followed. She told me as soon as we were alone that she used to place Craigslist ads for kinky meetups, and had dated this guy for a while earlier in the year after he answered one of her ads.

So this guy spent 20 minutes earlier in the day talking about how much he missed his wife and daughter and how much he loved his family. But then I found out that he was lying to his wife and cheating on her with my friend.

I know that studies show cheating is rampant in “monogamous” relationships, but I just can’t believe how often it comes up in my life.

My husband is a sailor and most of his shipmates are married. Yet when they get to a port that isn’t their home port, most of them make a beeline for the brothels. And who knows? If I didn’t get tested every 6 months because we are in a poly relationship, maybe my husband would too. He knows he can’t- because the chance of getting an STD are so high from a prostitute, and since I get STD tests from all my partners I would know anything we got would be from him.

But if he was with a woman who was less conscious of sex and sexuality, maybe he would join his “happily married” co-workers at the brothels.

I know a lot of couples who claim to be monogamous, but there are only a few whom I would guess actually are. So many people lie about it, and so I had to think about why.

My guess is this: I think talking about sex is scary for people. I also think society forces the idea of monogamy as an ideal onto us, even though it is not our biological instinct. And I think the combination of those factors make people feel like they have to lie rather than simply admitting that one partner isn’t always enough.

This is probably why I write about polyamory so much. I want people to know that it’s okay. Having sex with people other than your partner is totally possible in a consensual way. But you have to be honest with each other. You can’t lie about it. You have to talk about it and set limits and boundaries and find your comfort zones.

I guess I hope that if I just keep writing about it, more people will be exposed to the idea and eventually it won’t be so taboo. Because right now, people are sneaking around and this is helping STDs spread, and fostering a battle of the sexes and a lot of negativity and divorce. It’s out of hand.

I hope the pilot who sold me the couch tells his wife some day that he is cheating with women off Craigslist and they work it out. I hope all the military husbands stop sleeping with hookers when they are away some day. I hope people figure out how to have sex responsibly without putting their relationships in jeopardy some day.

But today does not seem to be that day.