A friend of mine quit his perfectly good job as an experimental particle physicist to make sex toys. When he quit, the university was somewhat surprised. Scientists do not often walk away from a research grant.  But he had a dream.

So he adopted the title “Doctor Extreme” (a reference to his real-life PHD, and what he is using it for all rolled in one) and began making sex toys.

Anyway, the Indigogo campaign is doing well and you should contribute if you can, because it will help a real scientist look into really awesome ways for girls to get pleasure from sex, and that is something that makes me really excited.

As you know from many of my previous posts, women do not usually have vaginal orgasms. That means you can pound away all you want, and we’re not going to have much fun. But with science, new possibilities of enjoyment and fun are on the horizon, and I’m excited to see what Doctor Xtreme does not only with the Ambrosia Vibe, but with all his future inventions as well. 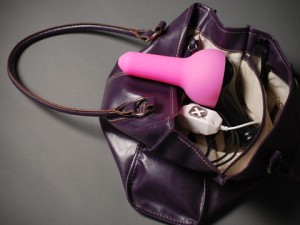 I want to take a moment to write about a friend of mine who I am impressed and amazed with. I meet a lot of very cool people, and I love all the awesome things that I am able to experience because of that. Last spring, I was lucky enough to spend some time with a physicist.

The good doctor (he really has a PHD which is why I love to call him that) is going to revolutionize sex toys! Seriously people, physics + sex toys = really good ideas. He explains it better than me on his site, but the idea is that instead of one little weight spinning inside a machine, you have several. It creates a whole new and different experience, and it’s going to be really huge.

I hope those of you who throw events in various places will keep Doctor Xtreme in mind. He has a whole demo that’s got just enough science to be awesome but not so much that it ruins the sexy aspect. He’s a very cool guy and he’d be a great person to have at a Fetish Prom, or a play party to give a talk.

So check out Doctor Xtreme and remember, life is more fun with less pants and more science!